Campus Race to Zero Waste is a national and Beavers versus Ducks recycling competition that runs for eight weeks every winter term. 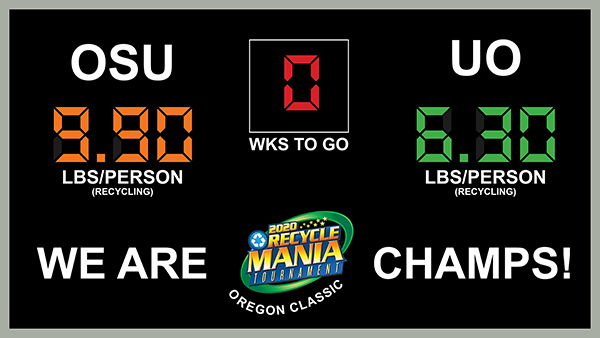 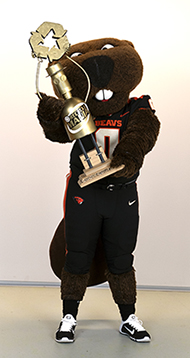 In addition to beating UO, we saw an increase in recycling over last year's competition, despite the drop in recycling in final weeks due to staff and students moving to remote work and classes. Over the eight weeks, OSU recycled an estimated 273,709 pounds - 82,048 more than last year - for an average of 9.90 pounds per Corvallis campus community member - a 41% increase over last year! The greatest increase was in cardboard weights, which is due to our ability to measure more cardboard than in previous years (due to a change in OSU's contract with its hauler related to weight data tracking). We also saw a 31% increase in paper and 20% increase in commingled recycling but a 20% drop in bottle/can weights.